Gosh! Memories. I must have been just six years old when I heard Cilla’s Any One who had a Heart. I loved it so much that my father took me to the record shop in Stamford Hill and he bought it for me. It was the beginning of us regularly buying records. About a year later, my parents bought a radiogram, again, purchased from a large electronics shop in Stamford Hill and I played this 7” record non-stop. 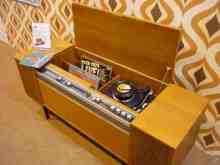 It is difficult to know at such a young age why I liked this record so much: was it the passion she injected or the way it trailed off at the end? I was also too young to know that the song written by Burt Bacharach and sung originally by my mother’s favourite, Dionne Warwick was released first. But no matter, it was Cilla’s version that was truly embedded in my mind; that each time the song is mentioned or is covered by someone else, Cilla’s voice comes to mind.

My condolences to Cilla’s family and may she rest in perfect peace.

Yesterday, I watched on Sky News the service of those who lost their lives on 7th July ’05. 52 people died and over 700 people were injured.  The survivors and relatives of victims were at a simple ceremony at Hyde Park.  It was very moving and inspirational to listen to loved ones speak of how they have coped with loss. They were very similar to the families of the massacred African-Americans who lost their lives in the Charleston church shooting on 17th June.  Their sentiments, their strength and their forgiveness for those who carried out these atrocious acts.

I was in London when it happened but a friend of mine whose cousin’s son lost their life in the  London Underground explosion was present at today’s ceremony; and although at the time it happened, the son’s mother spoke very powerfully but today she sat, dignified and in quiet repose.  I am sorry for their loss and totally admire them for their courage and pray that the Almighty Father continues to give them strength.